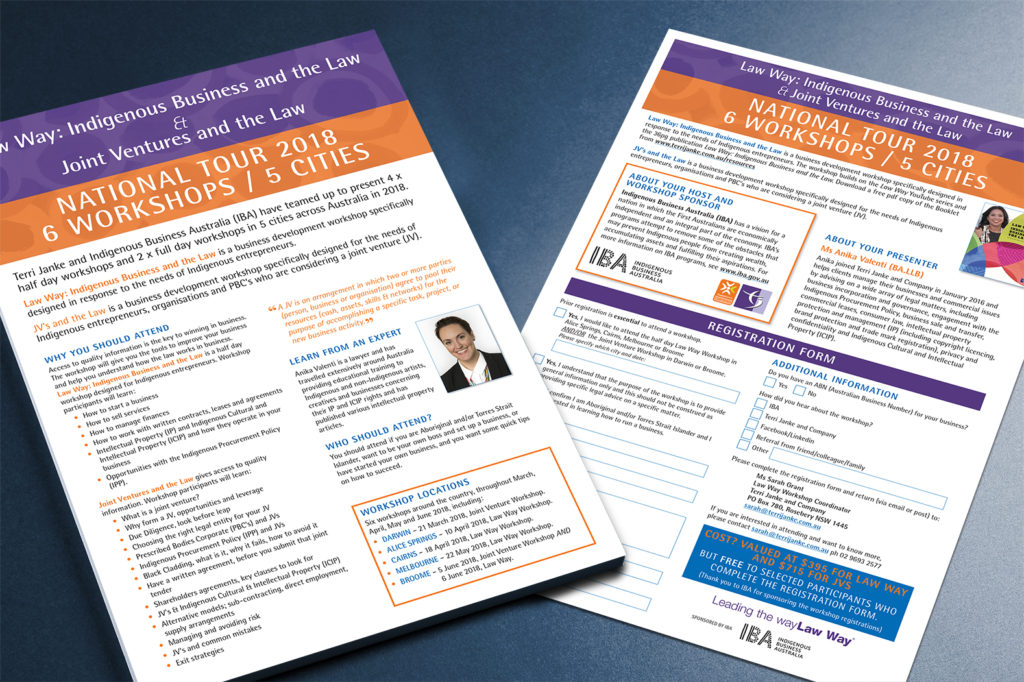 Terri Janke and Company is an Indigenous-owned law firm that empowers clients to achieve success in business and innovation. Their expertise includes Commercial Law and Indigenous Cultural and Intellectual Property (ICIP).

Founded in April 2000, the firm has worked with Indigenous organisations and entrepreneurs, corporates and government organisations, and has the capacity to deal with large scale projects both nationally and internationally.

Terri Janke and Company is a Certified Supplier with Supply Nation, winning that organisation’s Special Recognition Award in 2015. The firm is owned by Solicitor Director, Terri Janke, who is both Aboriginal and Torres Strait Islander, and over half the team is Indigenous.

Our brief covered the design and printing various event collateral that reflected professionalism and unique cultural underpinnings of the firm. 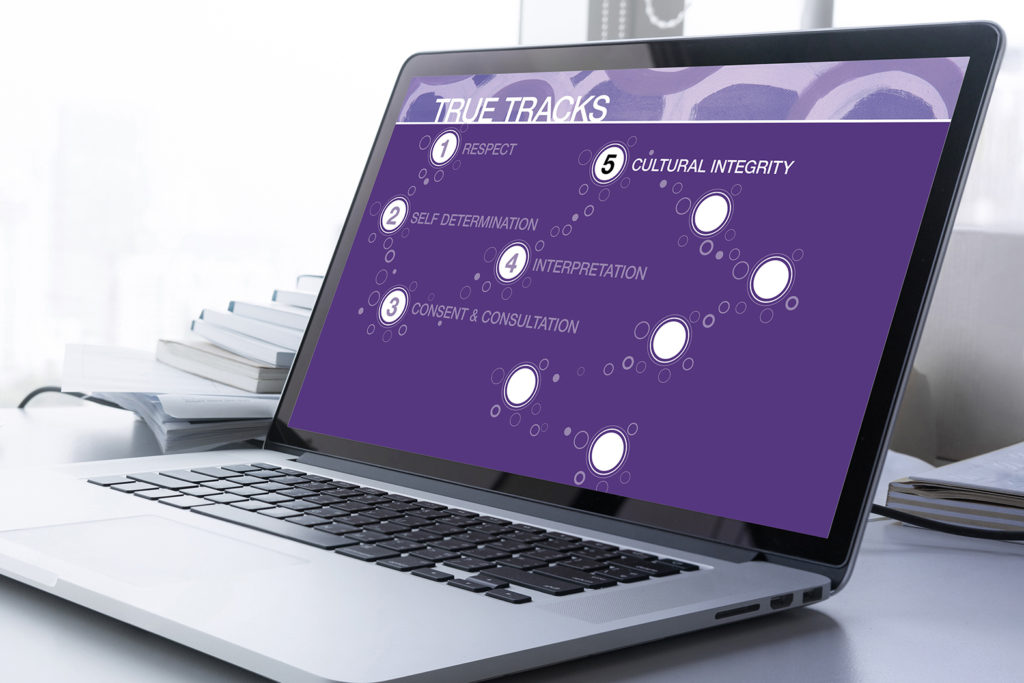 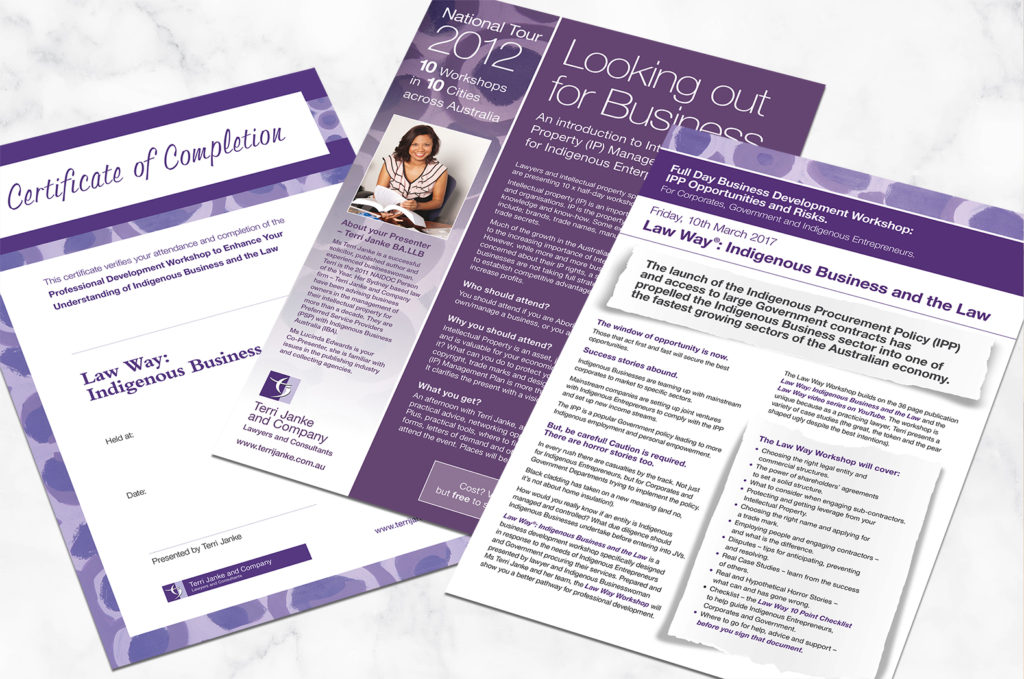 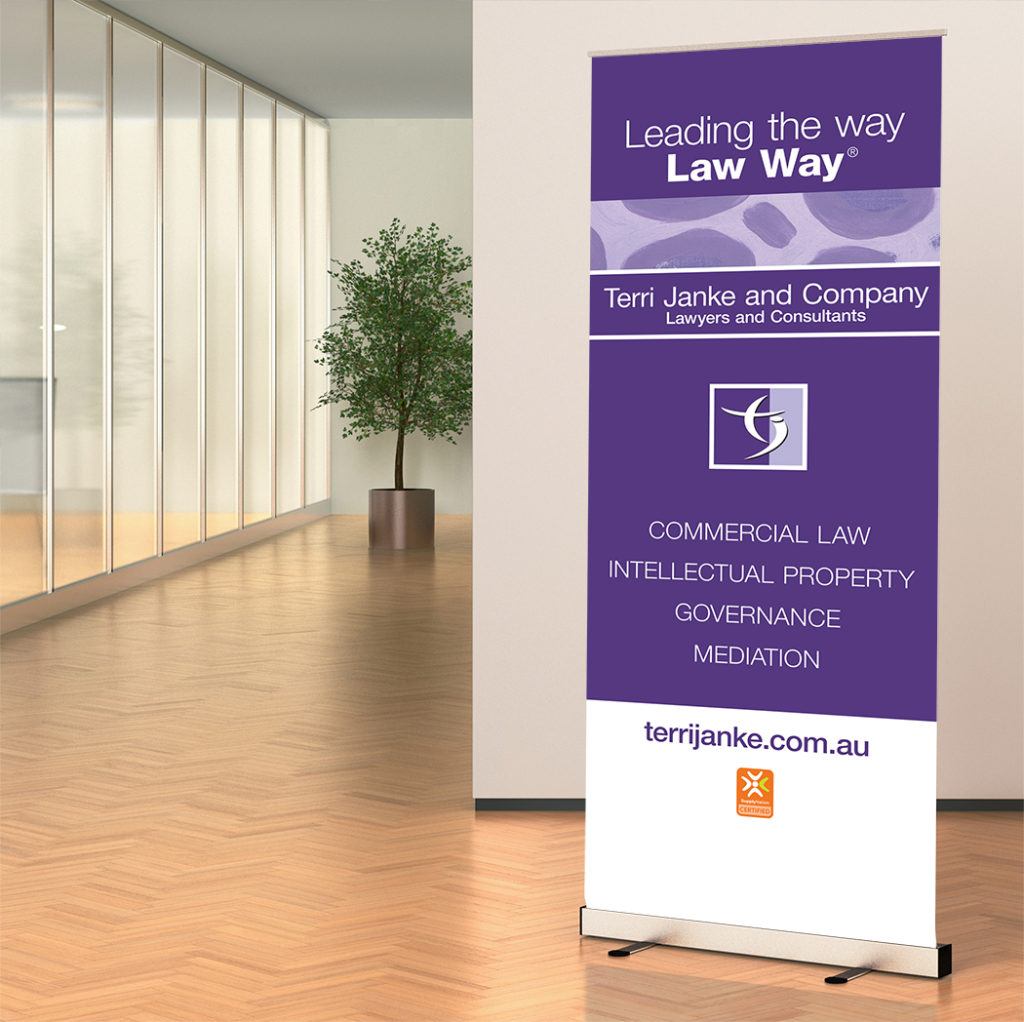